"The arrangements of the circumstances of the people must be such that poverty shall disappear, that everyone, as far as possible, according to his rank and position, shall share in comfort and well-being. We see amongst us men who are overburdened with riches on the one hand, and on the other those unfortunate ones who starve with nothing; those who possess several stately palaces, and those who have nowhere to lay their head. Some we find with numerous courses of costly and dainty food; whilst others can scarcely find sufficient crusts to keep them alive."

It might seem a little odd that in a world with approximately one billion people living in poverty, economists and thinkers worldwide are beginning to raise concern that wealth is increasing.

But increasing among whom? The fact is, billions of dollars are becoming more and more concentrated into the hands of the very few. And while we are seeing many of the world's traditionally poorer countries increasing in wealth and living standards, inequality is nonetheless on the rise within most countries.

In a recent talk on social inequality at the OECD, Richard Freeman, a Professor of Economics at Harvard University, demonstrated that an increase in the income of those at the extreme top has significantly widened the inequality gap, a trend he describes as "the development of the global billionaire elites." Freeman provided a number of potential explanations for this trend, including the increasing power of big banks and larger incentives to pay high bonuses. But he also spoke of an absence of much-needed social institutions to support more inclusive growth and more socially desirable outcomes - a reconnection between social and economic objectives. 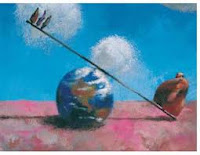 Since we are talking about an increase in wealth, and not an increase in poverty, this problem may not seem so obvious. Freeman thus sought to illustrate some of the potential consequences of increased within-country inequality, and this included a break down in social cohesion and trust, and the widening segregation of different groups in society, who live not only with differentiated access to opportunities, but pretty much in different worlds. In an article published in the New York Times earlier this year, economist Dan Ariely described similar findings:

One thing that inequality does is it creates not a single society but multiple societies. It might be that inequality is creating another layer of separation between the in group and the out group.

According to Ariely, society is becoming more fragmented. The inequality he describes is not concerned with the natural unequal distribution of income due to inherent differences in individual talent and capacity; rather, he is describing the social consequences of the coexistence of extreme wealth and extreme poverty in society. As Klaus Schwab, founder of the World Economic Forum, noted in the same article: "2011 is defined by a 21st century paradox: as the world grows together, it is also growing apart."

In a talk on social cohesion at the OECD earlier this year, UN Under-Secretary, Rebecca Grynspan, addressed the role that social policy plays in contributing to (or potentially remedying) this inequality. She discussed the problem of "blind" social policy (that is, policy that does not explicitly take social cohesion into consideration). In her example, even policies with very noble goals - such as universal healthcare or education - if applied indiscriminately can increase inequality by creating a "dual system". Essentially, this would offer "poor services" for the poor at inferior - even inadequate - standards compared to the rest of society, reinforcing inequality at the systemic level. Quality control of these systems, she argued, comes from offering the same system to those who have the buying power to demand - and choose - a decent system.

Grynspan introduced the importance of building a more participative type of democracy into the discussion, highlighting that this problem is more than an economic one. She talked about the need for the establishment of norms and institutions that encourage and facilitate participation in decision-making by those very individuals who are affected by these policy decisions. In this context, Grynspan asserted the need for a "common project for society" - and here the ramifications of inequality and its creation of "multiple societies" became manifest. Grynspan asked: how can we build consensus for this "common project" among class divides? This problem, she pointed out, is not just a philosophical one of differing ideologies and values, but also a highly practical one - inequality leads to spatial segmentation as well as social:

Where do unequal societies meet in a spatially fragmented society? What is it that gives us grounds to think we are capable of having one project for all of society, and not fragmented groups with fragmented projects?

Inequality undermines not only social cohesion, but also segregates the spaces within which we interact, that is, everything from the transport systems we use to the markets we exchange in. By segmenting society into untouchable pockets of 'extreme rich' and 'extreme poor', humanity is being denied the passageway to realising its oneness. If we agree with Grynspan - that one indicator of a truly cohesive and prosperous society is that its members not only get along but can work together purposefully as peers and as agents of their own transformation - side by side to improve the wellbeing of their individual and collective lives - then some basis for unity and common ground is vital. 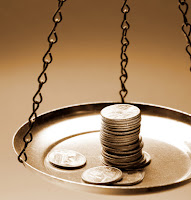 As the opening quote alludes to, the quest to overcome extreme inequality does not aspire to uniform equality - this is impossible and even highly undesirable for our diverse human race. But neither should we accept the unjust fate that a billion of the world's people should "scarcely find sufficient crusts to keep them alive" in a world where income is actually increasing overall. Particularly when this repartition is based on little more than unequal opportunity and systemic injustice, rather than actual capacity or effort.

The various commentators cited in this post suggest that there is a role for public policy to play in rectifying this. What principles should guide this policy? In addition to a principle that calls for the elimination of extreme wealth and poverty, how can justice be conceived of as an operating principle? Economist Amartya Sen offers an interesting insight in his book The Idea of Justice:

What moves us, reasonably enough, is not the realisation that the world falls short of being completely just - which few of us expect - but that there are clearly remediable injustices around us which we want to eliminate. Our own sense of justice is an innate force that we strive to develop by the belief that we can make some changes even with the fractured governance structures that hold our world together.

The Sen quote also suggests that there is a role for the individual to play in overcoming remediable injustices through the innate force of "our own sense of justice". What could be the individual's role in trying to overcome the issues discussed here?
Posted by Talia at 5:06 PM