Discourse and Identity in the Community 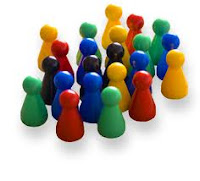 "The community is, of course, more than a mere collection of individuals, but is characterised by a sense of its own identity and purpose"
- Tones & Green

The purpose of a community
Lev, of Anonymous Cowgirl, provided a thoughtful response to our post on the purpose of the community:

If the generation and application of knowledge for spiritual and material development is placed at the centre of the community, then whole worlds open up. Now our community has a purpose. The endeavours undertaken with this new conception of community would be more than gathering together to watch a favourite television show or a favourite sports team.

This distinction between 'community' as an end in itself, and a 'community' united to work for a greater purpose - its own spiritual and material development - is essential. As more of us are drawn towards the idea of a 'community', partly as an alternative route to the atomistic and isolating nature of an increasingly individualistic society, we will naturally seek to understand how best to channel the powers of unity and cooperation characteristic of community life.
Who belongs to the community?

The community can be conceived of as a 'place'. Our community building efforts occur within our neighbourhood, and it seems that in these small settings, relationships are formed and reinforced organically, in the shared spaces of local markets and playgrounds, where paths cross as naturally in the elevator as they do on the footpath on the way to the local school. Where by living, working and learning together, communities can come to understand the value of cooperation and reciprocity.

However, a collection of atomised individuals whose front doors happen to be facing the same corridor is no match for Lev's description. A community's identity is extrinsically linked to its purpose, towards which its members work collectively.
How does the community perceive itself?

Our community resides primarily in a cité, the name given to French social housing typically made up of a cluster of high rise apartment towers. The image of the cité portrayed in the media,

in political discourse and - by extension - the consciousness of French society, is a stark contrast to its reality. Though life in the cité is hardly rosy, a shared playground and grassed area have encouraged children of diverse backgrounds to grow up together, giving birth to a rare sense of neighbourliness. Its residents, our friends, are warm, giving and hardworking. Despite their various talents and capacities, many of them are disempowered by structural constraints such as limited education and lack of employment.
Overarching these structures is something much more powerful - the stigma attached to living in the cité. Picking up a newspaper, one gets the impression that the cité is the state's problem, filled with violent youth threatening the security of the nation and its citizens. In reality, a couple of isolated incidents of violent outbursts by cité youth, spanning back a couple of decades, sparked a media-led metamorphosis of the social entity the 'cité' (and by default its residents). The 'cité' of the media's imagination is something to be contained and controlled. 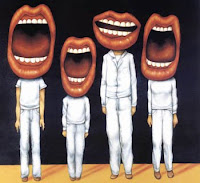 These ideas about the cité exist because of the power of discourse, and because of the discourse of those in power. French sociologist Pierre Bourdieu describes this as "the discourses and categories developed by professionals in the representation of the social world - politicians, journalists, state managers, experts in public and private sectors, civil and religious leaders, academics, activists, etc. and the reality effects they wield."
Bourdieu's description of the "reality effects" of discourse assumes that discourse does not sit apart from the world. Rather, it shapes norms, structures, practices and even individuals. Discourse in this sense not only describes reality; it creates reality.

In our neighbourhood, some teachers have internalised ideas about these youth, seeing their 'education' as a way to channel them towards easy, vocational exits. Added to this, a lack of trust in cité residents can disadvantage individuals in various social undertakings (e.g. job applications, interactions with police, educational choice).

By seeing the cité as a problem, the government conceives of its own role as being to prescribe the remedy. Political parties gain favour by promising to combat the very problems they helped invent. Larger and more brutal police forces are installed. An endless provision of social services (welfare, social housing) is the bandaid of choice, bringing with it a set of values that promotes dependency on the state over the social ties of the community, where individuals are encouraged to become the consumers of state products.

Of course, in amongst the neighbourliness, real problems exist in the cité. As Bourdieu describes, discourse creates reality and is reinforced by the persistence of this reality, and that includes the shaping of individual identity. Many sociologists, such as Loic Wacquant, will talk of the cycle of identity crisis, where some youth, seeing themselves portrayed as 'problem youth', take ownership of this image, partly in retaliation to a world that's given up on them, and partly because this is the image they've grown up knowing.

I don't have the first hand experience to comment on this theory, though it's certainly worth exploring. What I have noticed is that there are many youth who overtly reject the 'problem youth' identity - and yet, their talents and capacities remain hidden, even from their own eyes, just as they are hidden from the eyes of their educators and local politicians. Though this discourse may not define them, it can deny them an awareness of their own latent potential, without which their faith in the potential of their neighbourhood to be transformed into that community who participates in the generation and application of knowledge for its own spiritual and material development, and in their own ability to become actors in this process, fades away.

Such an environment could be accompanied by a decline in community trust and a breakdown of bonds. Wacquant warns of "territorial stigmatisation", where "communal places bathed in shared emotions and joint meanings, supported by practices and institutions of mutuality" give way to "indifferent 'spaces' of mere survival and contest."
The missing words

During conversations with youth from our neighbourhood, I've noticed that society's discourse can produce contradictions within their minds, between their actual lived experiences and memories in their home, the cité, and the skewed perception of these memories when articulated through the language of the media (and of the myriad friends and families who, having internalised this language, constantly repeat it).

Though these youth regularly describe their neighbourhood as 'pourri' (rotten) and 'beyond fixing', when I question them about the real characteristics of their neighbourhood (or at least those I've witnessed), using the words "friendliness", "sense of community", "service" and "safety", and describing the actions through which these qualities are expressed (people greeting each other politely, children able to wander freely about the neighbourhood without supervision, shopkeepers appreciating their acts of service...), they immediately contradict themselves and even praise the cité. It's as though the manifestation of these words and images elevate their thoughts beyond the 'rotten' tag and free their eyes to re-evaluate the potential of their community against these newly discerned benchmarks.
What is missing are the words. 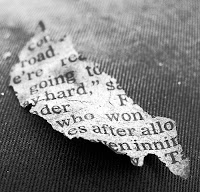 To take another example - French policy forbids the word 'community', (which it defines as a collection of homogeneous interests that come together as a potential threat to French national identity). One cannot study 'community development' in university, and governments cannot create departments for the 'community.' It's as though the concept has vanished from French consciousness. As noted, 'community' is already happening - on some level. Parents mind each others' children, youth contribute to the running of the household, and look out for the wellbeing of the younger ones. But without the language, these examples of social relationships cannot be brought into conscious existence. So just how are we to build a vision of empowerment without the community? How are we to create adequate descriptions of reality when language itself is impoverished?

It seems that a renewed language and connected set of images is needed, one that expresses more completely the potentialities of the individual, the community, and the structures that give expression to this potential. In acting as the lens through which individuals can more authentically interpret and conceive of their experiences, such language can bring to light those elements of reality hidden by want of the right words.

The acquisition of language is closely linked to the development of spiritual perception. Spiritual perception in an individual is that power that enables him/her to recognise, evaluate and act upon the discursive constructs and the forces in individual and collective life. E.g. What is injustice? What is prejudice? What are my talents and capacities? How can I make greater efforts to apply them? What effects do our acts of service have on ourselves and our community?

In this sense, individuals learn to distinguish between destructive and constructive forces, and to build on the latter. And perhaps conceiving of this new reality gives birth to a desire to create it, finding expression in new social practices - like youth mentoring younger youth, parents supporting their children's development, all serving the needs of the neighbourhood.

Small steps of 'acting' through service to the community are having a minor but noticeable effect on reshaping reality in our neighbourhood. E.g. In accompanying youth on their 'service' projects, I noticed the surprise in some neighbours who were forced to question their assumptions that kids from the cité caused nothing but trouble.

Can a new image of these youth be created if they first believe in it themselves? And if they understand their identities as predominantly spiritual, as the bearers of God-given talents and capacities that reach their fruition when put to service in their efforts to improve themselves and their own community? What effects could that have on the wider community's identity and social practices?